Accreditation Test for Translators and Interpreters in China

Entrusted by the Ministry o﻿f Human Resources and Social Security of the People’s Republic of China and implemented and administrated by the China International Publishing Group (CIPG), China Accreditation Test for Translators and Interpreters (CATTI) is the most authoritative translation and interpretation proficiency accreditation test, which has been implemented throughout the country according to uniform standards and in compliance with the national system of professional qualification certificates. It is designed to assess the proficiency and competence of candidate translators and interpreters.

The CATTI was launched to meet the needs of China’s economic development and its entrance to the World Trade Organization, to upgrade the quality of foreign language translation professionals in the country, to scientifically, objectively, and impartially evaluate the level and capabilities of professional translators and interpreters, to further regulate the translation market, and to strengthen the management of the translation industry, so as to further align with international standards and serve China’s opening up.The new era has bestowed the CATTI with a new historical mission – selecting more fine-quality translators and interpreters to feed the urgent need of China’s great progress, to better serve the country's Belt and Road Initiative (BRI) construction, the construction of a foreign communication discourse system, and the big picture of opening up in an all-round way.

The CATTI has been officially included in the list of national occupational qualification tests. Those who pass the CATTI will obtain the Translation and Interpretation Proficiency Qualification Certificate of the People's Republic of China issued by the Ministry of Human Resources and Social Security, which is valid throughout the country.

1.Those with a translation qualification certificate can be appointed for a corresponding translation professional and technical position.

2.Candidates for master's degree in translation and interpretation must take the CATTI Level 2.

By the end of 2018, 250 pilot MTIs involved in the CATTI in China. According to relevant national policies, a postgraduate for master’s degree majoring in translation and interpretation without a certificate of Level 2 or above must pass the exam during his/her study in the college.

According to the policy, the CATTI has been adopted by the National Translation Masters Professional Education Degree Committee, to the quality control system for the teaching management of the translation master's professional colleges and universities. In addition, the passing result of Level 2 has been held as an important indicator for evaluating the school translation profession.

3.Those with a translation qualification certificate can apply for the membership of the Translators Association of China (TAC).

The implementation of such policies has drawn a large number of certified personnel to join the TAC, thus injecting vigor and vitality into the organization.

4.The Certificate has become an essential or priority condition for employment.

Today, the Certificate has become a “national standard” for evaluating the level of translation talents. Many translation-oriented agencies across China have taken it as an essential or priority condition for employment, which is accountable. For example, those without a Certificate for Level 2 or above are not qualified for a chance to work at the CIPG or China Translation.

The CATTI is a professional qualification examination for the whole country. Any person who abides by the Constitution, the laws of the People's Republic of China and professional ethics, and has a certain level of foreign language skills can apply for corresponding language tests, Level 2 and 3, irrespective of age, education background, qualifications and status. Foreigners with work permit in China and professionals from Hong Kong, Macao and Taiwan are also welcomed to sign up.

The seven languages to be tested in the CATTI include English, Japanese, French, Russian, German, Spanish, and Arabic, for three levels – 1, 2, and 3. The tests for English, Japanese, French, and Arabic Levels 1, 2, and 3 are held in the first half of the year; November sees the tests for English Level-2 and -3 translating and interpreting as well as simultaneous interpreting, in addition to those for Russian, German and Spanish Level 1, 2 and 3.

Level 2 Translator/Interpreter: Candidates who have some scientific and cultural knowledge, have a good competence for bilingual translation and interpretation, and are capable of translating and interpreting in certain sectors, with certain difficulties.

Level 3 Translator/Interpreter: Candidates who have rudimentary scientific and cultural knowledge and a general competence for bilingual translation and interpretation, and can accomplish general translation work.

The comprehensive-ability subjects mainly examine the basic knowledge of the candidates. Questions mainly include vocabulary, grammar, reading and listening comprehension, and filling in blanks; the practical subjects mainly test candidates' translation practice abilities. Questions mainly include translations from foreign languages into Chinese, and from Chinese into foreign languages.

VI. The Team of Experts

An experts’ committee has been established for each of the language for the CATTI, composed of senior translation experts from the fields of foreign affairs, international communication, press and publication, economics and trade, science and technology, document translation, and translation teaching and research. The experts are responsible for formulating evaluation standards and examination outlines for national-level translation professionals, and they play a central role in the examination with regards to setting questions, reviewing questions and going over exam papers.

2008: Integrating China Accreditation Test for Translators and Interpreters (CATTI) and Master of Translation and Interpreting (MTI).

2009: Convention of the national meeting on test points of translation and interpretation.

2015: The convention of the Forum on the Integration of China Accreditation Test for Translators and Interpreters (CATTI) and Master of Translation and Interpreting (MTI).

2016: The CATTI is cited as one of China’s Top 13 Tests by the mainstream media in the country.

2017: The number of applicants for the CATTI reaches 150,000, and the cumulative number of applications exceeds 720,000, 98,000 of whom obtain certificates. The CATTI is included in the list of national occupational qualification examinations.

The rapid development of the CATTI has attracted great attention from both home and abroad. Every year, netizens from more than 50 countries learn about the test through the CATTI website.

Liu Chongjie, president of the International Translation Association, spoke highly of the CATTI.

The excellent performance has drawn increasing attention from translation and interpretation counterparts and relevant institutions from other countries and regions, such as Mexico, Australia, South Korea, and Singapore, as well as China’s Taiwan and Hong Kong Special Administrative Region, who have come for academic exchanges.

Many of the Chinese translation experts have been invited to important international occasions to share the experience of the CATTI.

In 2019, the National Translation Test and Appraisal Center (NTTAC) under the China International Publishing Group (CIPG) and the Belarusian State University formally signed a cooperation agreement on the establishment of a translation professional qualification testing center in Belarus, marking the first step in the internationalization of the translation and interpretation talent evaluation results in China. 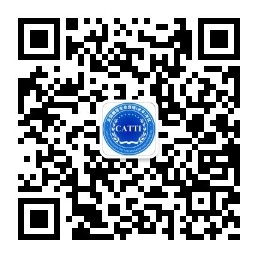